When is the latest time to drink coffee? this is the common question that everyone should ask, especially nor days where drinking coffee has become the way of life. Coffee is one of the most popular beverages in the world.

Most people simply can’t live without getting a sip of their favorite caffeine. Some are so addicted to it that they can chug several cups a day. However, as much as it gives us the much-needed energy to survive yet another busy weekday, coffee can also interrupt our sleep.

So, this begs the question:

When is the latest time to drink coffee and still sleep soundly? This article will give you an answer in a moment. But first, let’s talk about the wonders of coffee.

Coffee is loved for so many reasons. Mainly, it is a way to jolt our body, waking us up for an energized day. Others love its unique and rich flavor. And for some, it is a great excuse to socialize and network. But it’s more than that. Coffee also offers a lot of health benefits.

As mentioned before, coffee is loved for its energy kick, helping people feel less tired with the increased energy levels. This is thanks to the stimulant known as caffeine. After drinking a cup of coffee, the caffeine content is absorbed into your bloodstream which then travels to the brain.

From the brain, caffeine blocks adenosine, an inhibitory neurotransmitter. Afterward, the number of other neurotransmitters such as dopamine and norepinephrine increasing, resulting in the enhanced firing of neurons.

Caffeine stimulates the nervous system which signals fat cells to break down your body fat. However, it also boosts your epinephrine levels. And this fight-or-flight hormone prepares the body for the intense physical exertion.

The caffeine breaks down your body fat and making the free fatty acids available as your main fuel. Given these effects, caffeine can boost your physical performance by 11 – 12 percent.

Most of the nutrients in coffee beans make their way to your finished coffee brew. And a single cup of joe contains:

Although this might not seem like a big deal, however, most people like to drink several cups of coffee a day, so these amounts add up quickly.

Type II diabetes is one of the most common health problems, affecting millions of people nationwide. Diabetes II is the elevated blood sugar level resulted from insulin resistance or the reduced ability to secrete insulin.

However, coffee drinkers can significantly reduce their risk of type II diabetes. Studies revealed that people drinking coffee have up to 23 – 50 percent lower risk of getting type II diabetes with one study showing a reduction up to 67 percent.

6) Protects Your From Dementia and Alzheimer’s Disease

Alzheimer’s is a common neurodegenerative disease and the leading cause of dementia globally. The condition affects individuals over 65 and despite the advancement of medical technology and research, there is still no known cure for the disease. Several studies revealed that coffee drinkers have at least a 65 percent lower risk of getting Alzheimer’s disease.

When Is The Latest Time To Drink Coffee? 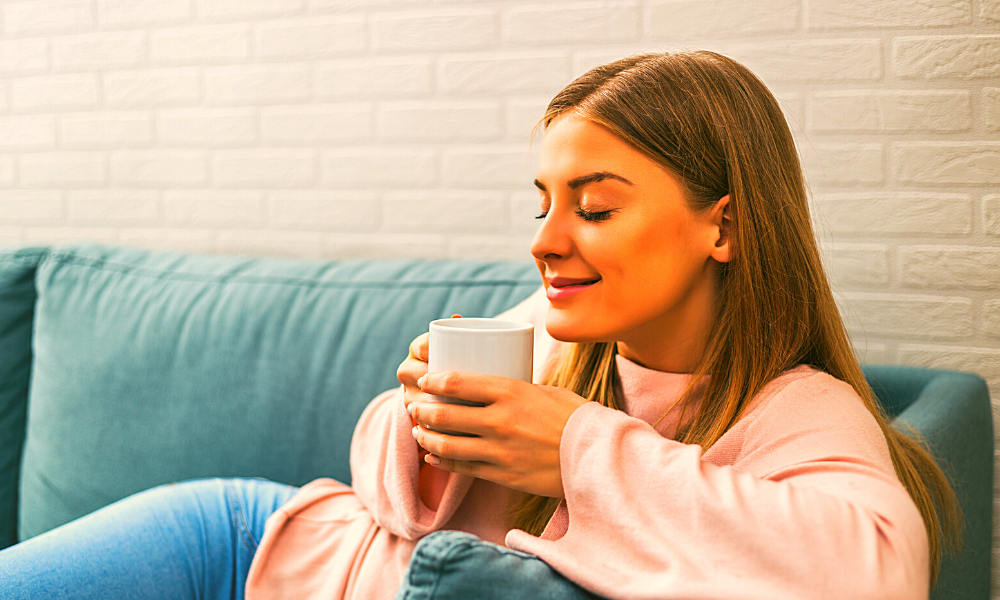 So, now that you have a general idea of why coffee is good for you, let’s get back to the main question: when is the latest time to drink coffee and still sleep soundly at night?

Well, the latest time to drink your coffee is at least 8 – 10 hours before going to sleep. You see, caffeine has a half-life of at least 6 hours. This means that 6 hours after drinking your coffee, you will still have half the caffeine amount in your system.

Ideally, you will want to have a little caffeine in your system as possible. So, drinking coffee past 2 pm is a big no-no if you wish to have uninterrupted sleep.

To have a better understanding of the effects of coffee on your sleeping pattern, let’s take a closer look at a study from the Sleep Disorders &Research Center at Wayne State College of Medicine and Henry Ford Hospital. The study analyzed how caffeine disrupts sleep when consumed at different points in time.

Volunteers of the study included 12 healthy women and men who were normal sleepers and consume moderate amounts of caffeine regularly. During the study, the volunteers maintained their normal sleep routines with bedtimes from 9 pm – 1 am and waking time between 6 am and 9 am. They slept between 6.5 and 9 hours every night without taking a nap during the daytime.

The study participants were given a fixed caffeine dosage (400mg, which is equivalent to 4 cups of coffee) and placebos at 0, 3, 6 hours before going to bed. Researchers monitored for signs of sleep disturbances with a sleeping monitor and here’s the result:

Caffeine had a substantial effect on sleep disturbance at 0, 3, and 6 hours. Even caffeine that’s consumed 6 hours before bedtime had an effect on sleep by an hour or more.

The perception of the effect of caffeine on the body was not a direct measure of how it interrupted or affected sleep. Meaning, participants might not have felt the caffeine in their system, but it still affected their sleep for the worse.

This study only shows that we should not fully rely on our own perceptions in order to judge how caffeine is affecting us, particularly in terms of sleep quality. That afternoon cup of joe you are taking to stay awake for the rest of the day could keep you up for longer than you might think.

Most people love a cup, or four, of coffee upon waking up or shortly thereafter. However, it is believed that drinking coffee so soon after waking up reduces its energizing effects. This is because your stress hormone cortisol is at its highest level at this time.

Cortisol is the hormone that enhances focus and alertness. Also, it is responsible for regulating your metabolism, blood pressure, and immune system response. It follows a rhythm specific to the sleep-wake cycle with its high levels peaking 30 – 45 minutes after waking up and slowly declining throughout the rest of the day.

With that said, it is suggested that the best time to drink coffee is late- to mid-morning when your cortisol level slowly decreases. For most people who get up at around 6:30am, this time is from 9:30am – 11:30am.

Although there might be some truth to such claim, there are currently no studies that observed any significant energizing effects with postponing your caffeine, compared to drinking it immediately upon waking up.

Another reason why it’s been suggested that you need to delay your morning cup of coffee is that caffeine can increase your cortisol levels. And drinking a cup of coffee when the cortisol hormone is at its highest can further boost levels of this hormone. An elevated level of cortisol for longer periods can actually impair the immune system and cause health problems.

With that said, drinking caffeine later in the evening or afternoon, your cortisol level spikes up when it should be at its lowest. And with high cortisol levels, you can expect your body to be more active, reducing your sleep quality. 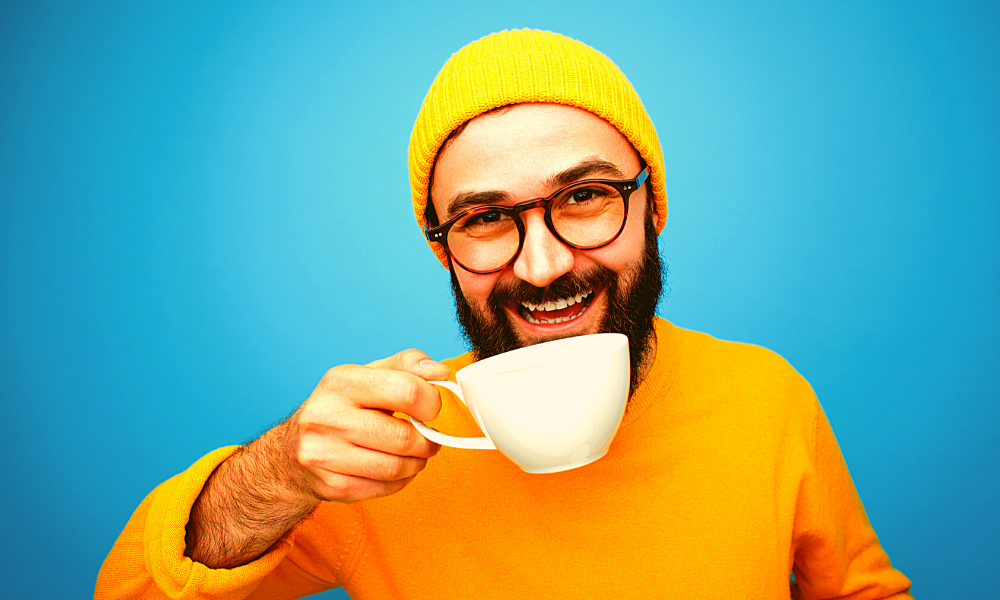 Your favorite cup might be annoying as far as getting quality sleep is concerned, but this does not mean that you should completely ditch your favorite beverage in the world.

Other than being loved for its unique flavors, the numerous benefits associated with coffee shouldn’t be overseen either.

The good news is drinking coffee can be managed. Here are some handy tips for your daily routine in terms of your coffee consumption so you can still sleep soundly at night.

As we already said before, caffeine needs some time to wear off your system, or sleep issues will continue. With this mind, it’s best to limit your coffee consumption to morning hours.

So, when is the latest time to drink coffee?

2pm. Set this cut-off time in place, assuming that you sleep at around 10pm.

Experts suggest that healthy individuals can consume up to 400mg of caffeine on a daily basis. That’s equivalent to 4 cups of coffee.

Meanwhile, for the nursing and pregnant women, 300mg daily caffeine is recommended with some research suggesting that the safe limit is 200mg every day.

If you drink more than this then you are likely to drink too high a level of caffeine, leading to amplified feelings of irritability anxiety. Also, it will take your body too long to remove caffeine from your system.

When making coffee, the temptation to fill your mug with coffee so that you have enough drink to last the whole day is a bad move. Simply choose the smaller cup or try not to fill up your existing mug all the way to the top.

A smart move is to start your day with your regular caffeine dose to overcome the feelings of laziness and heavy headedness. As the day wears on, you can sip on tea or decaffeinated coffee so you can be caffeine-free when heading to bed at night.

If you’re one who’s sensitive to caffeine, then you can still enjoy your favorite cup of joe with the decaffeinated version. This coffee has up to 90 percent less caffeine which can cause sleeping problems.

And there you have it. At this point, you should have a good idea of when is the latest time to drink coffee without sacrificing good quality sleep. Other than the fact that it is tasty and delicious, coffee offers numerous health benefits, so it can be impossible to completely ditch the favorite beverage in the world just to get a good night’s sleep.

With our above tips, you should be able to maximize your coffee drinking routine and still get good sleep at night. So, do you have any questions or coffee drink and sleep experience you want to share? Perhaps you have any suggestions for sleeping better even if you’re a coffee addict? Feel free to share it with the community via the comment section below!

We hope you find this article helpful. Please don’t forget to share this article with your family and friends!

Until then, happy caffeinating!

Why Does My Coffee Taste Sour? How To Fix it

Best Ground Coffees: All You Need To Know