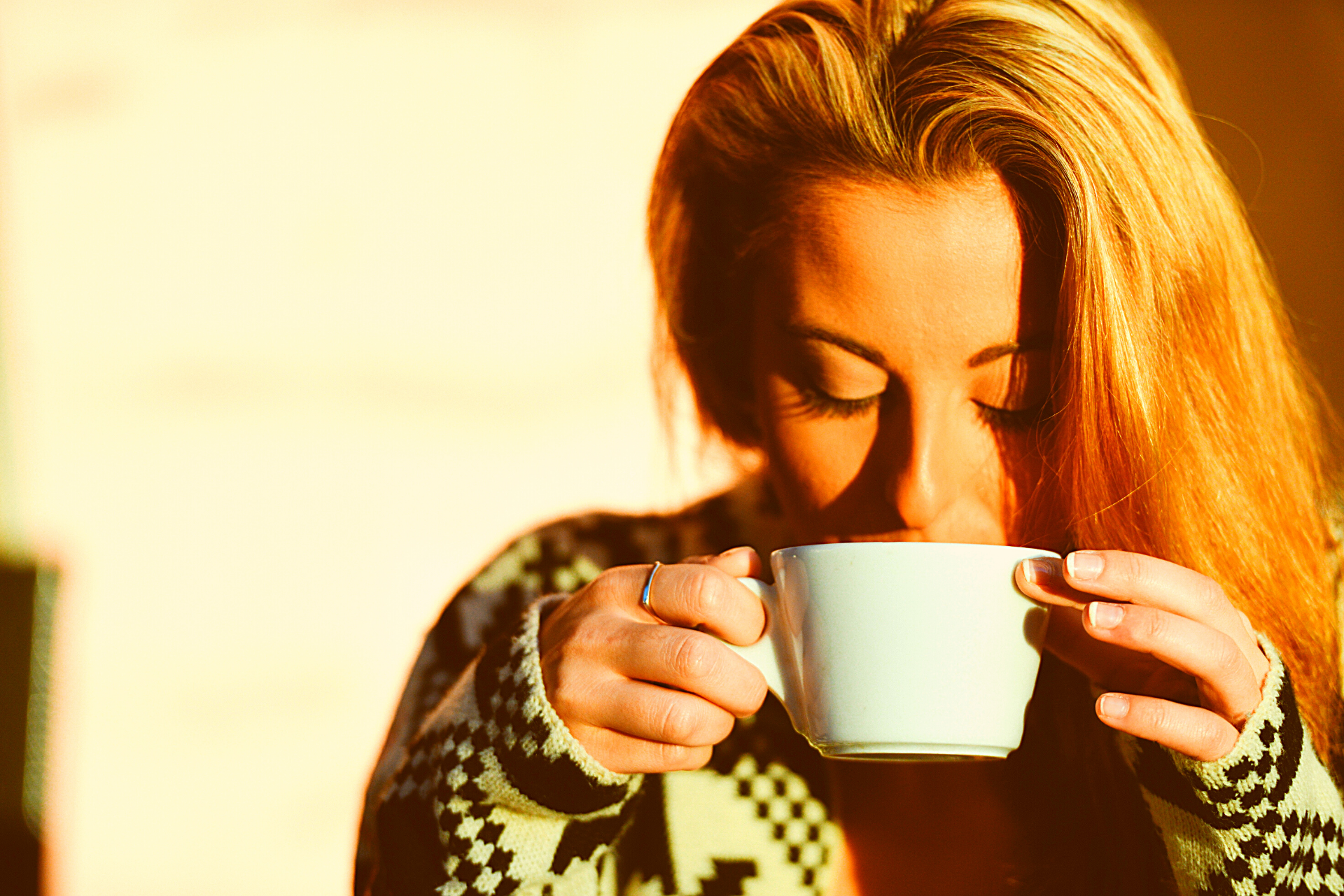 It’s no surprise that coffee is one of the most consumed beverages in the world. For most people, a morning without a cup of joe feels slow and unproductive day.

Coffee helps keep you alert, both physically and mentally

If you find yourself saying “my favorite coffee doesn’t wake me up anymore”, what do you do?

Well, this article will enumerate the reasons and tips to solve the problem if the coffee doesn’t wake you up.

Top Reasons Why Coffee Doesn’t Wake You Up

1) You Have Built Up Caffeine Tolerance

Well, let’s start by explaining what’s in coffee that keeps you awake and how it works. Coffee contains an active ingredient known as caffeine. This ingredient acts as an antagonist to your adenosine receptors.

Adenosine is the inhibitory neurotransmitter that inhibits arousal and makes you sleepy. When we’re awake, the adenosine levels rise every hour and decreases during sleep.

When drinking coffee, caffeine binds to our adenosine receptors since its molecule has the same structures as adenosine. And by blocking the adenosine neurotransmitter, it produces the opposite effects like increased wakefulness.

If you’re a regular consumer of coffee, the body will start manufacturing more adenosine receptors over time since you are always clogged by caffeine. This will result in caffeine tolerance and you will need to drink more coffee in order to achieve the desires energy boost.

If you decide to up your daily coffee intake, then know that the FDA advises you not to over 400mg caffeine consumption a day. Higher than that and you might suffer from insomnia, nausea, increased anxiety levels, fast heart rate, and more.

Reset your caffeine tolerance. Meaning, ditching your coffee for at least a week. Take note, however, that you need to be prepared for some symptoms of caffeine withdrawal such as fatigue headache, and harder to focus and concentrate for the first few days.

By ditching coffee for a week, your body has the time to lower the number of adenosine receptors it creates and thus resetting your caffeine tolerance.

2) You’re A Fast Metabolizer of Caffeine

When you find yourself saying “coffee doesn’t wake me up”, perhaps it’s because you are one of the people who are not that sensitive to its caffeine.

Caffeine is metabolized by an enzyme. Its function may fluctuate among various people according to their genes. There are some people who are fast at metabolizing caffeine, while others have a hard time metabolizing his active ingredient.

So, if you are genetically predisposed to processing the caffeine molecules fast, then you might not feel its effects to the full extend. Also, this means that your sensitivity to caffeine is low.

Although you will not be able to feel a high energy boost, if you’re one to metabolize caffeine fast, then you can enjoy drinking more coffee without having to experience the negative side effects of high coffee consumption.

For this, there’s not much to do, perhaps just taking more coffee than you would. But be careful not to drink too much and suffer unwanted consequences.

You will find numerous articles suggesting that caffeine has a diuretic effect and causes fluid loss by increasing urination.

Although this is not entirely based on science with a review of caffeine ingestion and fluid balance stating that there’s no connection between the two,

This only means that if you drink coffee on a daily basis, they will not make you more dehydrated than you already are. With that said, it is important to know that most people forget to drink water all through the day and usually substitute it with coffee.

Even if you live in a busy and high paced life, you need to still remember to stay hydrated. Dehydration can lead to lower blood pressure as well as fatigue. And this might be the reason why you’re feeling drowsy and tired even after you have your cup of coffee.

So, the next time you think coffee doesn’t wake you up, then ask yourself if you have had enough water except to the water in your coffee.

4) You’re Drinking Coffee With Too Much sugar

If you like your coffee with whipped cream, sugar, or other sweet syrups which are often offered by large coffee shop chains, then you might be experiencing a sugar rush.

These sugary condiments can cause a fast increase in your blood sugar and the subsequent fall can make your feel sleepy and tired. And since sugar is metabolized faster than caffeine, then it may overshadow the energizing properties of your coffee. And this might be the reason behind your “coffee doesn’t wake me up” problem.

To solve the problem, just ditch the sugary add-on such as milk, creamer, sugar, and whipped cream and drink your coffee in its pure blackness.

5) You Have Switched Your Brewing Technique or Coffee Beans

If you’ve switched up your coffee beans or coffee brewing technique, then it might be the cause of your “coffee doesn’t wake me up” problem.

The most widely used species of coffee plants are Arabica and Robusta.

Robusta features higher caffeine content and twice the amount compared to the Arabica species. Also, they are less expensive and mainly used in instant coffees or the cheaper pre-ground coffee beans.

So, if you have decided to upgrade to the single-origin Arabica coffee beans, then you might feel like the same amount of coffee does not affect you anymore.

Also, changing your brewing method or type of coffee drink can also be the culprit. Let’s say that you typically drink 12 ounces of coffee made in your drip machine. Then you decided to start drinking the espresso.

Even though espresso coffee contains more caffeine, if you only drink a single shot, then it only contains about 65 – 70mg caffeine.

Meanwhile, a 12 ounces cup of drip coffee features at least double the caffeine amount compared to what is in the single espresso shot. Thus, you might not be energized as quite much.

Also, during the summer, most people substitute their regular hot drink with the cold brew. The cold brew method is famous for its high caffeine extraction. Your body would have adjusted to the higher caffeine dose of cold brew. So, when you switch back to your usual hot coffee, your body won’t be as energizing as before and your body will need time to come back to normal.

In such a case, you’ll need to detox once again, as mentioned earlier.

6) You Are Already Tired

If you are trying to pull your second all-nighter in a row, and you are wondering why coffee doesn’t wake you up anymore, then here’s a simple explanation.

As mentioned before, your adenosine levels increase throughout the day and during the evening, you’ll feel tired since they have already established themselves in the receptors.

They will make you sleepy and even if you try to drink coffee, then caffeine will not be able to outcompete them. Instead, you will feel the undesired effects of twitchiness.

This is where the coffee nap should happen. When you sleep, you’re getting rid of the adenosine neurotransmitters. So, drinking a cup of joe and then taking a nap for 15 – 20 minutes, you’ll be able to free up a place in the adenosine receptors for the caffeine ingredient to settle in.

Those few minutes will be enough for the body to metabolize the caffeine. Thus, when you wake up, you’ll feel its energizing effects.

With that said, it is crucial to mention that coffee is not an all-powerful substance that should keep you awake regardless of how sleep deprived you are.

So, if you think that your coffee does not wake you up after a few cups in the evening, then it might be a better option to just sleep it out.

ADHD Myth: What Is It? 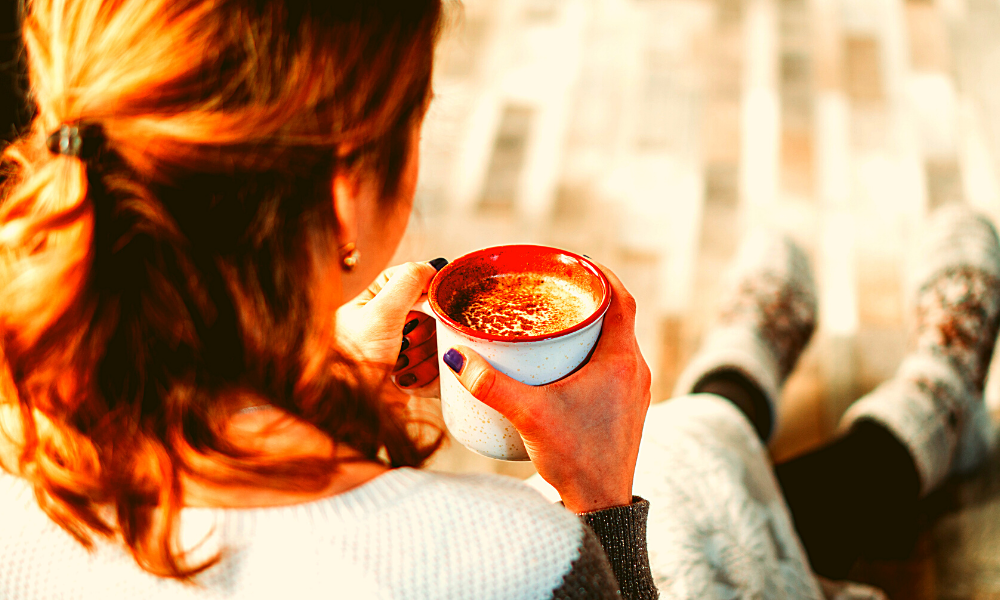 A few research on “why coffee doesn’t wake me up”, we stumbled on some interesting information. There’s a myth spread around that those diagnosed with DHD do not experience the same effects of caffeine.

People that feel sleepy after drinking coffee are more likely to have ADHD since this reaction to caffeine is related to those with such diagnose.

However, there’s actually no scientific evidence to prove the correlation between the sleep-inducing effects of caffeine and ADHD diagnosed people.

It’s important to make this clarification since most people are actually concerned that their reaction to caffeine might be proof that they are suffering from ADHD.

Other Ways To Be Energized When Coffee Does Not Work

According to studies, chewing gums provides you an energy boost. As a matter of fact, it’s proven to offer higher concentration than coffee.

Meanwhile, eating an apple can also do wonders in keeping you awake and energized. This is because apples are high in fructose which keeps you awake. Both chewing gums and apples will give your body the much-needed boost.

A simple alarm clock is simply not powerful enough to wake you up, especially if you just turn it off and doze off again. A light alarm clock, on the other hand, will wake you up by the light. When the light turns on, it mimics the extreme brightness of the sun. This is a great option for those with Seasonal Affective Disorder.

Another alternative to caffeine is drinking Matcha tea instead. Matcha tea is rich in L-Theanine, an amino acid that gives you alertness and enhances your functions.

As mentioned before, tiredness is typically caused by dehydration. By drinking enough water, then you can give your body the proper nourishment. If plain water seems boring, you can add flavors to water by adding lemons or ice.

Such activities include talking to your friends, listening to music, playing a game on your phone, or listening to an audiobook. All these will require you to listen and kick your brain to focus and concentrate.

Just like matcha tea, switching your regular coffee with chicory roots can also help keep you alert. Moreover, it is filled with antioxidants which are beneficial for your body.

By doing some simple stretches, you can drive oxygen cells to your brain. This helps spark energy into your mind, allowing you to get ready and be more alert for the day ahead. 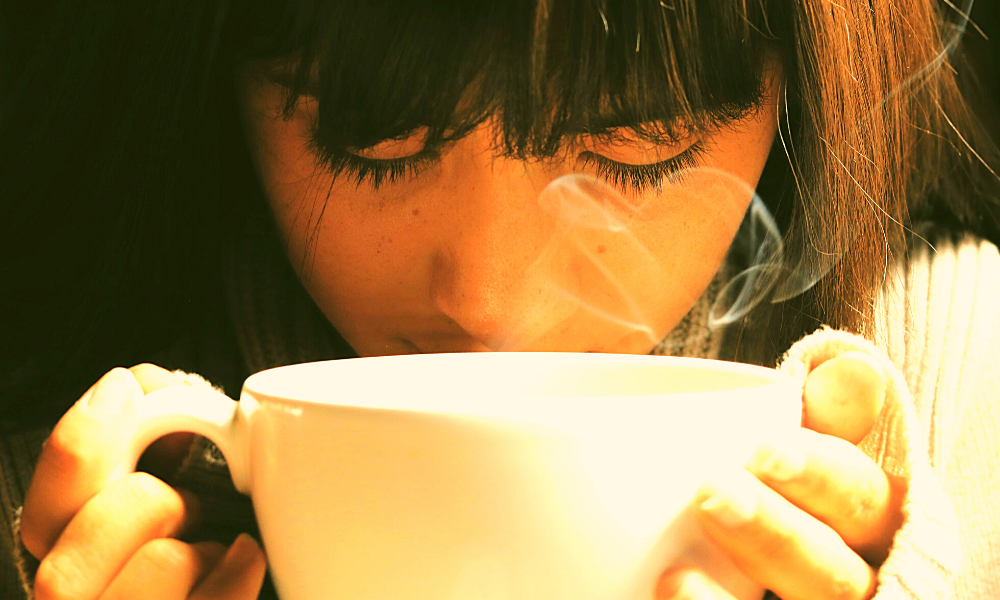 So, there you have it.

There are several reasons to the “coffee doesn’t wake me up” problem. You only need to figure out why your coffee won’t keep you alert anymore then you can find a solution to the problem.

But, sometimes, the most sensible answer is that you just need enough rest.

Regardless of how many cups of coffee you take, when you still feel sleepy and tired at times, then it’s your body telling you to relax and take ample repair in order to repair itself.

We hope we managed to give you some useful insights into why your coffee doesn’t wake you up anymore as well as tips on maximizing its positive effect.

Have you tried some of the tricks above? Please share your experience with the community through the comment section below. We’d love to hear from you. And please don’t forget to share this article with your family and friends.

Until then, have an energized day!

Macchiato vs Cappuccino: Do You Know the Difference?

Coffee vs Red Bull: Why Coffee is Better

What Is Decaf Coffee? Is It A Good Idea to Replace...