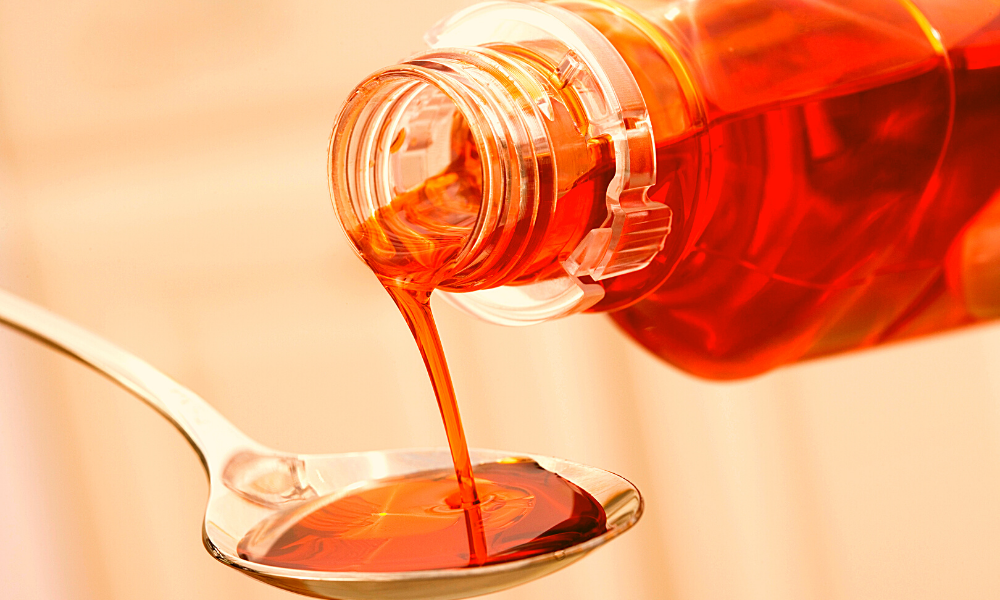 So you think Maple Syrup is just for pancakes? Not anymore! Organic maple syrup is fast becoming the sweetener of choice.

Although coffee purists out there will insist that you take your coffee black, saying that there’s no other way that coffee should be served, there are a lot more people that need some sweetness into their bitter coffee.

Not everyone likes drinking their coffee with nothing added. Most people choose to add milk, cream, and a variety of sweeteners to their coffee to improve the flavor of their coffee.

This is because most of them find the bitterness of coffee too unpleasant and requires a little something to sweeten its taste. But what sweetener should you try?

How about maple syrup in coffee?

Maple Syrup: What Is It?

Probably one of the most popular natural sweeteners, maple syrup is claimed to be more nutritious and healthier than sugar.

Maple syrup is usually made from the xylem sap of red maple, sugar maple or black maple trees. However, it can also be taken from other maple species.

During winter, these trees store starch in their roots and trunks before winter. This starch is then converted to sugar which rises in the shape during late winter and early spring. Read More: Top 10 Best Decaf Coffees

The maple trees are then tapped by drilling holes into the trunks and collecting the exuding sap. The harvested sap is then processed by heating in order to evaporate as much water as possible and leaving only the concentrated syrup.

Most trees are able to produce up to 20 – 60 liters of sap per season.

Before the arrival of the European settlers in the year 1608, the custom of harvesting and boiling the sap of the sugar maples had long been performed by the Indigenous tribes of eastern North America.

Every spring, the Indigenous people moved from their winter hunting grounds to the sugar bush.

Here, they created a v-shaped incision in the sugar maple barks with their stone tools, placing hand-carved and concave pieces of reed or bark to the incisions and leaning woven birch baskets against the trees in order to collect the sap.

Originally, the indigenous tribes used this sap as cooking liquid for curing meats and stews. Over time, they learn to process the sap and make syrup.

They would heat stones in a fire, then dropping them into the sap-filled vats that are made from bark or moose hide in order to evaporate the water content. This is a painstakingly slow process.

Sooner on, they learned to boil the sap in brass kettles that are placed over a fire.

This granulated sugar would be packed into the birch bark cones, then tied together and hung from ceilings for storage.

In addition, the maple syrup was also made into maple candy by pouring the syrup into wooden molds or directly into the snow, leaving it to harden.

The early European settlers in Canada learned the skills of tapping the maple trees and making syrup from these indigenous tribes. The methods evolve over time.

Rather than creating v-shaped cuts in the bark of the maple trees, the settlers will manually drill holes into the trees and pushing wooden spouts into them.

Then, they hung several buckets from the nails below the wooden spouts to collect the flowing sap and to protect it from animals or strong winds. Then, they use the iron pots over an open fire in order to create concentrated sap.

In terms of choosing the best sweetener, it is unavoidable to compare maple syrup with sugar.

So, which one is better?

Well, if you consider the refining process of the maple syrup, which means tapping the maple trees for the sap and boiling it into syrup, then the maple syrup is the better choice because it is relatively unprocessed.

Meanwhile, refined, or white sugar requires a large amount of processing from either sugar beets or sugar cane. As a result, the traditional white sugar lacks any real nutritional value, so there are no minerals or vitamins left in the final product.

Although some studies suggest that the antioxidants in the maple syrup make it healthier than the traditional white sugar, it is still sugar without any fiber attached.

Thus, if you consume too much maple syrup, then you can still experience a change in your insulin and blood sugar. With that said, the maple syrup sugar content is still less significantly lesser than white sugar, making it a better choice if you are counting your total sugar consumption daily.

Weighing the advantages and disadvantages of sugar vs maple syrup requires the precise and accurate nutritional data of the two.

According to the USDA, a tablespoon of pure maple syrup contains about 52 calories, 13.4g of carbs with 12.1g coming from sugar. The fat content is 0.012g and protein is minimal with only 0.008g.

In addition, maple syrup also has several essential minerals in various amounts including:

Meanwhile, a tablespoon of white sugar contains about 48.9 calories, 12.6g of carbs with 12.57g coming from sugar. It also contains 0g of both protein and fat and has no measurable amounts of minerals or vitamins, with the majority containing 0g.

Based on the nutritional data and how each product is processed, choosing the maple syrup seems to be the better and healthier option, for various reasons.

The maple syrup calories are significantly lesser than the traditional white sugar, making it a better choice if you are counting calories.

In addition, the maple syrup sugar content is also less than the white sugar, helping you keep your daily sugar total down. Finally, the essentials and trace nutrients and minerals, although not significant, are still higher for maple syrup than with white sugar.

But that’s not all.

Research indicates that maple syrup offers a decent number of antioxidants. In fact, one study has found out that there are at least 24 different antioxidants in maple syrup.

Meanwhile, the darker syrups such as Grade B offer more of these beneficial antioxidants than the lighter ones.

A study also estimated that replacing your refined sugar consumption in your diet with alternative natural sweeteners like maple syrup can help increase your total antioxidant consumption as much as eating a single serving of berries or nuts.

Maple syrup also has numerous potentially beneficial substances. Some of these compounds are not directly present in the maple tree but is formed when the sap is boiled to become syrup.

One of these essential compounds is the quebecol which is named after Quebec, the maple-producing province of Canada.

This active compound has been shown to help in the reduction of the growth of cancer cells as well as slowing down the breakdown of carbs in the digestive tract.

Maple Syrup And Its Different Grades

When picking up a bottle of maple syrup off the grocery shelf, the only information which can give you an idea of what it would taste like is its grade.

The maple syrup grade has changed over the past decades. And although experts have established an international grading, the old grading system still persists on bottles an in the minds of several consumers.

The old grading system uses light transmission in order to characterize maple syrups according to the following categories.

The maple syrup grades which are listed below account for class, color, and the percentage.

Meanwhile, the new grading system also uses the light transmission in order to categorize maple syrups, however, within a broader range. This makes sense since syrup can darken naturally over time.

The maple syrup grades which are listed below account for color, taste, and the percentage.

The darker syrups are usually made from the sap that is extracted later in the harvest season. Thus, these maple syrups have a stronger flavor and are typically used for baking.

Meanwhile, the lighter ones are the ones you usually drizzle atop foods such as pancakes.

Maple Syrup in Coffee: How Does It Taste?

Maple syrup actually dissolves very quickly and easily in hot liquids. So, stirring a teaspoon or half of the maple syrup into your piping hot black coffee will immediately dissolve it and incorporating it fully into your coffee.

In addition, the maple syrup will not crystallize as much in your hot beverage.

So, how does it taste?

Maple syrup in coffee offers a very rich and smooth taste that complements the flavor of coffee very well, especially black coffee. You can even add a splash of cream or milk if you want to add extra sweetness.

However, as we all know, taste is personal.

So, we recommend that you add little by little and experiment. Maple syrup can have a bit of aftertaste to your coffee.

So, consider experimenting with a variety of coffee beans in order to find the right flavor profiles that match the most.

This is one of the simplest maple syrups in coffee recipe you can find. You only need to stir a teaspoon or two of maple syrup in your freshly brewed coffee and enjoy it.

Experiment on the right amount of maple syrup to stir in your coffee according to your taste and preference.

With this recipe, you only need a cup of freshly brewed coffee, a cup of half-and-half, and 1/4 cup of pure maple syrup.

Combine the maple syrup and half-and-half in a saucepan over medium heat and stirring constantly until heated thoroughly.

Then Stir the mixture in your cup of coffee. If you want, you can serve it with sweet whipped cream.

This maple latte is super easy to make at home without the need for special equipment. The energizing caffeine and warm fall flavors of maple syrup and spices will make your mornings even cozier and sweeter.

Although coffee is best enjoyed black for its bitter, yet full flavor profile, some people just do not like the strength and taste of black coffee.

Thus, they choose to add sweeteners in order to smoothen and mellow down its bitter profile. And one of the most common and nice methods of sweetening is adding the sweet, maple syrup in coffee.

How Long Do Coffee Beans Last? – Do They Go Bad?